“Vitamin D” is not a vitamin…but first, let’s back up a bit.

In the early 1930s, some dude learned that our body reacts to sunshine in a positive way. Like hitting a vending machine to try to dislodge a free soda, the skin produces “sunshine hormones” when bombarded with sun rays. Combined, the hormones act as antidepressants, immune boosters, appetite suppressants, fat metabolizers, and more.

In that pursuit, they narrowed the scope of our sunshine hormones and postulated that it was a single isolate hormone - cholecalciferol - that was responsible for the vast, biological benefits of sunshine. Unfortunately, most people fell for this ploy.

Ever since, Big Pharma has spawned a billion dollar industry selling sunshine in a bottle as “vitamin D” (specifically, D2 and D3). Like flying too close to the sun, many have been burned by the drug disguised as a vitamin.

Once they were successful in creating their “Franken-chemical” and manufacturing demand through ads and government regulations, the drug industry launched a “fortification” campaign. This allowed our food supply to be contaminated with the newly produced sunshine-hormone mimic, vitamin D. Sounding healthy and beneficial, fortification became a hot marketing term in every aisle of every grocery store throughout the U.S. (“Fortified” simply means “loaded with fake vitamins.”)

Today, Big Pharma cartels BASF and Hoffman-La Roche are the largest manufacturers of vitamin D. Cooked up in sterile chemistry labs, the white powder is crammed into a capsule and essentially labeled as being analogous to sunshine. But pills are not sunshine.

So popular is vitamin D that old ladies now brag about taking the “drug disguised as a vitamin” to their hairdressers, friends, and family. Athletes post pictures of it on their Instagram pages.

In reality, vitamin D is as close to sunshine as a Tootsie Roll is to chocolate. But worse than fake chocolate, the lab-derived chemical is deadly to your heart and cardiovascular system.

“Vitamin D is not really a vitamin,” wrote scientists for The New England Journal of Medicine. That’s because it’s a synthetic compound made by pharmaceutical chemists that disrupts your hormonal landscape. After all, your body has ZERO requirement for anything made in a lab!

Scientists for Colorado State warned that, “The term vitamin D is, unfortunately, an imprecise term referring to one or more members of a group of steroid molecules. Vitamin D3, also known as cholecalciferol is generated in the skin of animals when light energy is absorbed by a precursor molecule 7-dehydrocholesterol. Vitamin D is thus not a true vitamin, because individuals with adequate exposure to sunlight do not require dietary supplementation.”

For something to truly be a vitamin, it must provide your body with an essential nutrient from nature. Since vitamin D is a steroid made on a lab bench, by definition it’s a drug, not a nutrient or vitamin. It’s an impostor. It has “vitamin-like” activity, which initially tricks the body into thinking it has sunshine hormones.

But in a short time, this biological ruse causes a devastating outcome known as calcification. This is best shown by vitamin D’s historic use as rat poison.

Prior to the vitamin D scam, cholecalciferol was packaged and fed to rodents as a means of eradicating the pesky creatures. In their report, “The Endocrine System,” the University of Colorado reminds us, “Ingestion of milligram quantities of vitamin D over periods of weeks or months can be severely toxic to humans and animals. In fact, baits laced with vitamin D are used very effectively as rodenticides [rat poison].” This is in stark contrast to naturally produced sunshine vitamins, and it isn’t hard to understand.

Once swallowed, the copycat hormone vitamin D bypasses our innate protective mechanisms found in the skin (where we produce an array of similar, but very healthy compounds) and liver, while throwing our hormonal balance out of whack. This “plugs” up the body and heart with calcium, which leads to heart failure, kidney damage, and more. Most times, this is felt early on as:

In contrast, nobody has ever been poisoned by naturally produced sunshine hormones. Meanwhile, promotion for vitamin D is “business as usual” for the drug, food, and vitamin industries. They work to instill fear and confusion designed to blur the lines between synthetic and natural. They’ve done it with a “deficiency” scam that has everyone getting “tested for vitamin D” - a marketing ploy pushed as a medical diagnosis tool.

Most people are told they’re low in vitamin D. When “low” is defined by the very industry selling vitamin D, patients are scared into believing they’re at greater risk for rickets, infection, cancer, broken bones, and a bad haircut…to which the only supposed solution is vitamin D supplementation. Don’t fall victim.

The vitamin D test was crafted by the same industry selling you the “cure” to low levels! It was made for you to fail and has very little relevance in human health.

You can avoid all the above-mentioned side effects of poor immunity and sun exposure with Immune FX (www.GetImmuneFX.com) and extra virgin cod liver oil. Watch out, though, because many cod liver oil products are spiked with synthetic “vitamin D!” To learn how to find one that has not undergone the dreaded fortification process, read 3 Worst Meds at www.3WorstMedsBook.com)

Highlighting the vitamin D pill controversy, The New York Times recently wrote, “The excitement about their [vitamin D pills] health potential is still far ahead of the science.” Amen.

Don’t get excited about vitamin D pills. Stick to seasonal and responsible sunshine (minus the sunblock) to ward off infection, cancer, and depression, as well as a number of other serial killers like obesity and type II diabetes.

DOES YOUR MULTI PROTECT YOUR MEMORY? 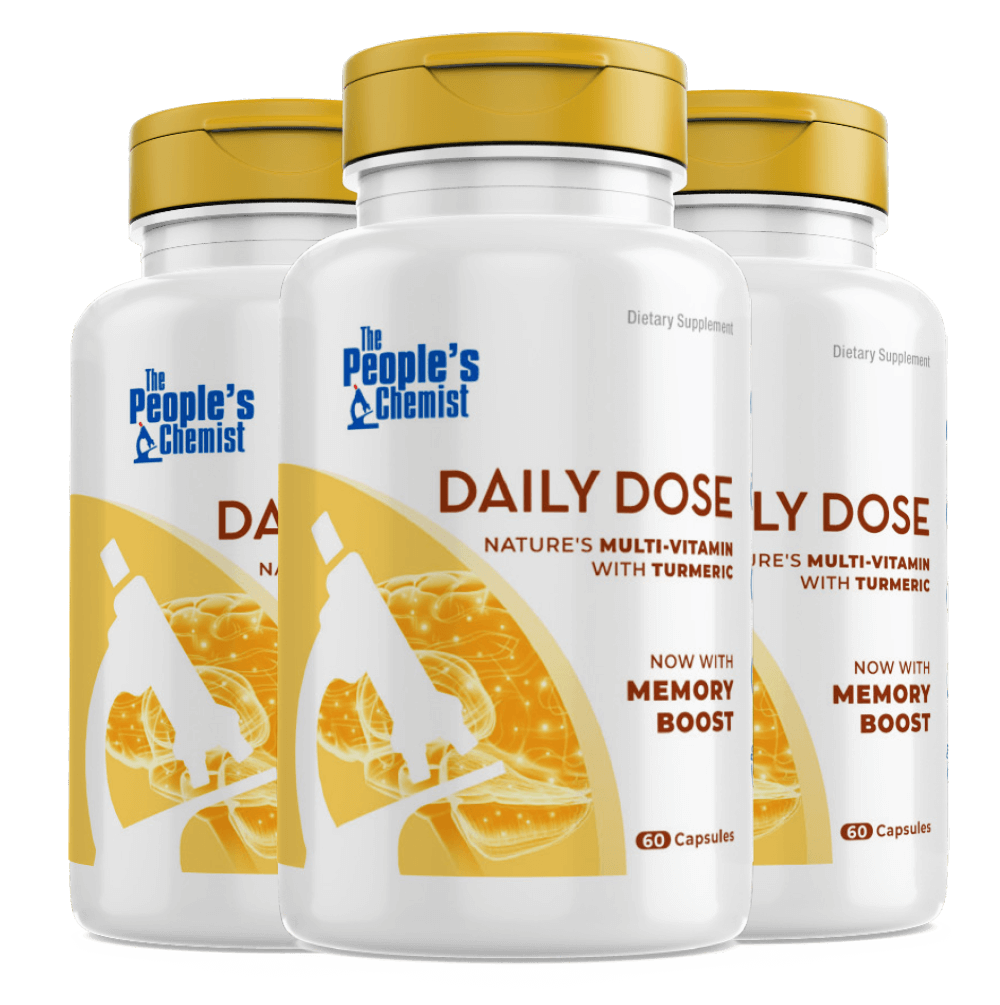